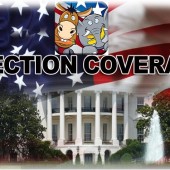 U.S. presidential elections will start in less than 9 months on November 8th, 2016, however both the electoral campaign and the media hype have already picked up a lot of momentum. The reason behind this is that in the U.S. it is not only the Election Day, but rather the entire Election Year that matters. With 2016 obviously being a significant year for the American politics, we would like to once more briefly remind how the United States elections work. 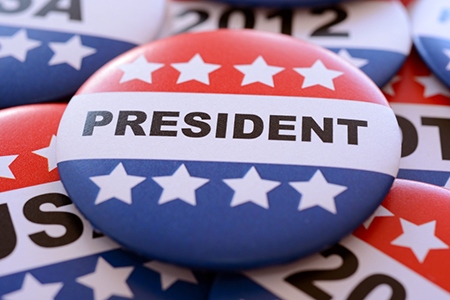 As already mentioned, the entire year matters and the reason for that are the primaries that take place in the beginning of the year. The purpose of the primaries is to decide which of many Democrat and Republican candidates will become nominees for U.S. presidency. The way primaries are organized may vary from one state to another. In some of them all voters get to have a vote, in others only the members of the parties can decide. The dates of the primaries are also fixed by each state individually. Despite that, one day, known as “super Tuesday” is special. It is a Tuesday in February or March, when the biggest number of states get to elect a candidate. This year it is the 1st of March, with 11 states voting. The current candidates racing for the seat of the president are Hillary Clinton and Bernie Sanders, both representing the Democrat party, with poll numbers having a difference only in few percent, which means they are similarly popular amongst the U.S. citizens. On the opposing side, which is the Republicans, we have Donald Trump, Ted Cruz, Marco Rubio, John Kasich and Ben Carson. Trump currently being the most popular Republican candidate, having ⅓ of all polls and the rest being divided between the remaining candidates. 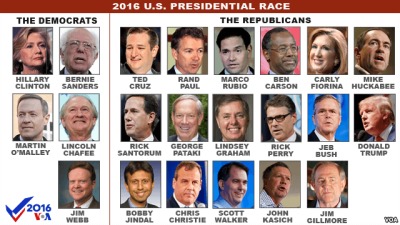 However, candidates are not elected directly; voters only elect delegates who are obliged to vote for a particular person. The candidate that gets more than a half of all delegates’ votes wins the primaries and becomes the party’s official nominee for the Presidential election. If none of the candidates win a majority, the party holds an inner negotiation where some of the candidates may withdraw. After that, a second round of voting is held, but this time delegates are not bound to a certain candidate and may vote as they wish. This continues until someone finally gets more than 50% of all votes. The number of delegates required to become a nominee for the position of U.S. president for the Democrats is 2,383. Clinton currently has been able to win 502 delegates and Bernie Sanders is left with a handful of 70. On the Republican side only 1,237 delegates are required for nomination, but considering the amount of candidates it seems reasonable. Trump is currently leading with 67, Cruz being second with 11, Rubio staying not so far 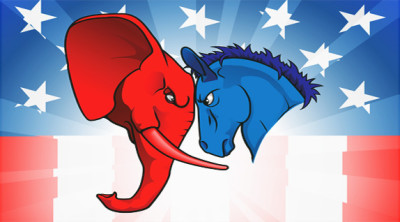 behind with 10, Kasich moving slowly with 5 and Carson being last with 3.

Finally, when all the primaries are over and parties have chosen their Presidential candidates, the final Election Day comes (this year November 8th). This time however, once again citizens do not get a direct vote, but choose the electors, who are once again obliged to vote for a certain candidate. The number of electors varies in different states, depending on the state’s population. When the votes have been counted and it becomes clear, which candidate won in which state, “the winner takes it all principle” is applied. Electors are not directly assigned to the candidate. Instead, the candidate that wins in a certain state gets the votes of all the electors of that state. The only exception from this rule is Nebraska and Maine that use a different method – one elector is selected in every congressional district of these states, while two remaining ones are selected by a statewide popular vote. 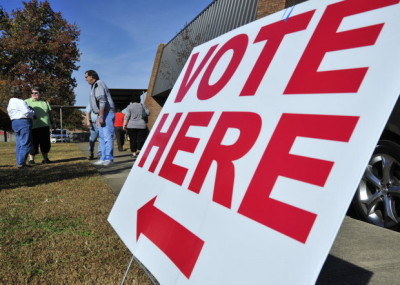 This is the reason why campaigns in certain states are much denser than in the others, since winning in a big state (Florida, California, Texas) is a lot more beneficial.

All in all, the election system into the U.S. presidency is very elaborate, has many steps and a wide range of candidates. And even though certain candidates have already shown some popularity spikes, the picture of the winner is still vague.