LEU. The Impact of Global Warming on the Sea Shore of Lithuania by Edvinas Matonis 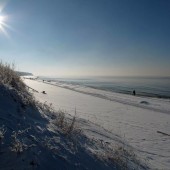 Global warming is a well known and dire threat to the world. The latter is based on the rising levels of carbon dioxide in the atmosphere – which acts as a blanket, trapping heat and heating the planet. Because of that, The Antarctic ice is melting and the sea levels are rising in a raging manner across the globe; Lithuania is no exception to the matter. This article will look into how does global warming affect Lithuania.

To begin with, it is known by most, that one of the long-term effects of global warming is the rising sea level. In the report by the Climate Change Commission, it is said that in XXI century sea levels could rise by 30-60 centimeters and in recent years the sea level in Lithuania alone has risen by approximately 14-16 centimeters. Furthermore, Lithuanian coast also 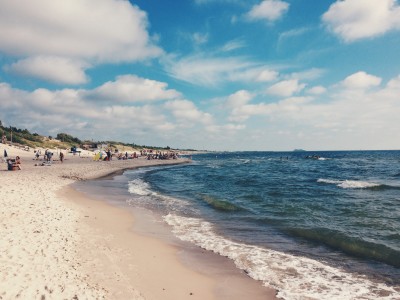 suffers intensive erosion, due to the natural processes of wind and wave, but this was accelerated by warmer air conditions created by the global warming. Additionally, during the last decade, the problem was made even worse by human actions such as deepening of the Klaipėda port and construction of the hydro-technical works. Secondly, one of the most valued natural treasures of Lithuania called The Curonian Spit, which is compiled of beautiful sand dunes, is in danger. This part of the coast is exposed to the most vicious storms and erosion, because of which The Curonian Spit is diminishing day by day. 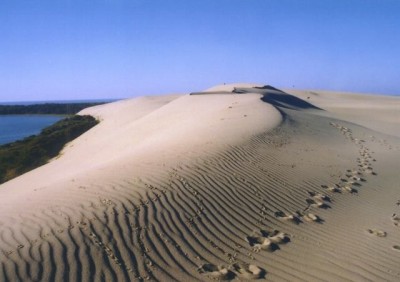 Lastly, the situation is also grim for Lithuania’s largest resort Palanga. The beach of Palanga receives a lot of damage every year and during a 5 year’s span that led to the beach being almost washed away. Also, a succession of severe storms in the last 20 to 30 years seem to have accelerated the erosion and coastline recession process. The storm surges are predicted to intensify even further, because of the reduction in sea-ice cover during winter and the strengthening of the westerly to south-westerly   winds.

All in all, if these threats continue to grow in such a manner, Lithuania is prone to lose its beaches in not quite distant future.