What can be done to solve environmental issues? By Ineta Januševskaja and Viltė Baronaitė LEU 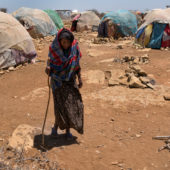 Living in the 21st century seems to be the best time of our lives. We have everything we need: high standards of living, great progress in social welfare, health care and technology, but aren’t we forgetting something? Are we only supposed to care about the latter? The essential problem of the21st century is environmental pollution.The problem is so dire, that urgent measures should be taken. However, a single person cannot be held responsible for pollution, yet every Earth’s inhabitant should take responsibility for his or her habitat. This article will introduce some main issues and key ways to combat them, in order to shape a better future.

The first and foremost issue is climate change. Some might have noticed that the weather has been warmer than usual. Some might even have experienced a drought or, in contrast, an unusual thunderstorm in their area. This is due to effect of greenhouse gases called carbon dioxide, methane, water vapor and other gases. Without these gases, this planet would turn too cold for life to exist, yet too much of them makes the climate too hot. So, what can be done? Reducing, reusing and recycling. By recycling half of your household waste, you can save 2,400 pounds of carbon dioxide annually, use Less Heat and Air Conditioning, use less hot water, encourage others to conserve!

The second issue is deforestation.Tropical rain forests, which are crucial to stabilizing the climate
and to human survival are being chopped down at breakneck pace, one and a half acres of rain forest a second. Humanity has already chopped down about 50% of the rain forests that once existed on the planet and at the current rate of destruction, we will completely destroy the rain forests in the next 40 years. So, what could we do as individuals? By using recycled paper, we can decrease the need to cut down so many trees and by buying goods made with FSC – certified wood, we can show retailers that we don’t want them to support brands that obtain lumber irresponsibly. Last but not least, why not plant a tree or even a hundred trees.

One more issue is the pollution. Pollution comes in many forms and no matter where we live we all
have probably seen it. It became a part of our daily routine to see a thing like smog in the streets of big cities. The first thing we can all do to reduce the amount of pollution in our streets, air and water is to change our mentality. Before buying a new product, ask yourself if you really need it or if you might be able to purchase it secondhand. It could make a big difference in the amount of trash we see in our landfills. Secondly, if you don’t already recycle, get into the habit. If everyone adopted these easy principles, the world would be in a much tidier place.

The last, but not least issue is water scarcity. Water Scarcity is becoming more of an issue as the

population increases and climate change causes more droughts. Only three percent of the world’s water is fresh water and 1.1 billion people lack access to clean, safe drinking water. How to deal with this problem? Installing an ENERGY STAR-certified washer, using low-flow faucets, plugging up leaks, irrigating the lawn in the morning or evening when the cooler air causes less evaporation, taking shorter showers and not running sink water when brushing your teeth.

It’s time for us to open our eyes and hearts and start caring more not about ourselves but also about our planet, our home. It is high time for human beings to take the ‘right’ action towards saving the earth from major environmental issues. We and only we create a world we want to live in. And it is up to us weather we want to have a bright future or destroy everything we have. If ignored today, these ill effects are sure to curb human existence in the near future.