The Voice is proud to present a new rising author Lėja Tubinytė, check this great story out and share your thoughts in the comment section below 😉

Maybe I’m not the only one? Maybe there are more kids like me?

I was locked in my house. I couldn’t go anywhere or do anything. No one told me why… Why couldn’t I leave this boring place? They were hiding something from me and I knew that! But what was it?

It all began in 1944 when the war started. We had to move so I wouldn’t see my homeland ever again. My mum was really scared so she could barely 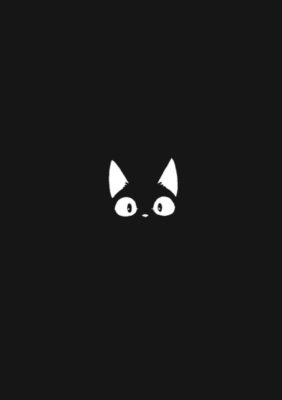 breathe. Dad had some friends that helped us move. They really deserved medals! Although my sister wasn’t happy that these guys were helping.

When we were almost there someone stopped the carriage. My dad got out. It all happened so quickly. They were yelling and throwing stuff at him. Then we heard a shot. Mum started crying. Some of the helpers ran out. But it was too late. Dad was lying on the ground. I also ran out too see him. He smiled at me. His eyes were still shining.

‘Sweet daughter, I wish I could see how you grow up. I believe in you,’ these were his last words.

Tears didn’t leave my eyes. ‘I know you will always be there,’ I whispered into his ear. Then I hugged him so hard, I thought I could never let him go.

‘I don’t really know what to say… How is mom? Is she suffering a lot?’ I asked.

I stood up. It was time to go back to the carriage.

Mum was finally asleep, now I could rest too. The day was so sunny when we arrived. The house looked pretty big. And the day I stepped into it, I never came outside….

All I could see were just white walls… maybe some paintings too. The house was pretty old. At first I thought it would be fun staying at home but then I realized one thing…

Every day I learned more about it. When I was alone the chairs used to start changing colours. Once I saw a black cat

running in the house. I tried to tell my mum but she didn’t listen. Everyone thought I was CRAZY! Crazy was just not the word. How about TERRIFIED!

My mum didn’t want me to go to school. ‘You will be a great housekeeper. Never fear the dust!’ she used to say. ‘Why do you need school when you have a job already?’

These words drove me crazy! All I wanted was to be a doctor! She never listened to ANYBODY! I wished that my dad was here. He would understand me. He would let me go to school. But he was not here…

The bell rang. That meant it was time for school, but not for me. Sister packed her food and ran out. Why couldn’t she be the housekeeper? Oh, yes, she always used to break stuff.

Alone. The chairs started changing colours. I got used to that…

Only the cat used to scare me. I didn’t know why but she looked sad and lonely just like me…. I had an idea

to take her into my arms one day.

‘The dinner is served,’ that was what I used to say eating alone. Waiting for someone to come back was really hard. Especially when the house was full of secrets.

The cat didn’t appear. It seemed that she knew everything. Especially when I was thinking about her.

Finally, I saw the cat and picked her up. Her face was so sad that seemed she was about to burst into tears. She reminded me of someone. But who?

A few days later the cat became my best friend. I called her Amy. Now the house became not that empty.

I was brave enough to go to the pantry and look around. There were many old statues, paintings, boxes, some clothes too. But only one thing couldn’t leave my mind. The necklace. Red, big and sparkly necklace. It was weird enough that I found statues or painting but now… How long has it been here? It looked fresh and new! Maybe the family that lived before us accidentally left it. I looked around and took the necklace.

My eyes couldn’t believe what I found. I just didn’t want my sister to find it so I hided it.

‘Can you believe what I found?’ I asked Amy. ‘This gorgeous necklace!’

When I showed it to Amy she got scared and ran out. But why? What’s wrong with it? I really wished I could talk to Amy… She would tell me all the secrets…

It was a long day. I

had to rest because the next day I planned to sneak out of the house! Yes, you heard me right SNEAKE OUT! Sorry, Mum…but the house was just so BORING!

The next day was so rainy and that scared me a little. I hoped it would get better soon because if not…

I looked at the opening doors. Why did I do that? A scary man jumped into the house. I almost passed away. ‘Give me the necklace now!’ he started giggling.

‘What necklace? Get out of here! Help!!!’ I started shouting.

‘No need to shout, girl… I just need the red necklace you have. Don’t lie…’ he didn’t give up.

He pushed me away and got into my room. No words, no lies stopped him. He even pushed the bed upside down. He won’t find the necklace because it was not in my room…

When he finally noticed that it wasn’t here he looked at me. He was so angry… But why did he need the necklace so badly?