In the world of wealth, it seems that nothing wrong can happen. Jamie Graham also thought so until he faced the overpowering truth…

“Empire of the Sun”, a novel written by the English novelist, short story writer, and essayist J. G. Ballard was published in 1984. Even though the author of the novel is famous for the thematically and stylistically provocative fiction pieces, he is best know for war novel “Empire of the Sun”, which is semi-autobiographical novel about British 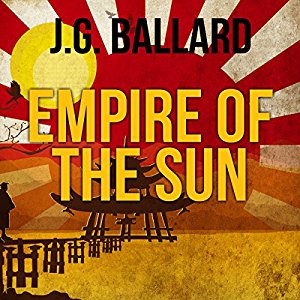 The novel revolves around the story of a young British boy, Jamie “Jim” Graham, who is living in Shanghai with his parents and does not know the life of poor. The boy comes from the upper-class family, so he cannot understand what does it mean to live in one room apartment as his nanny’s parents do. Jim is all about the privilege – he enjoys parties that their parents and parents’ friends throw, talks arrogantly with his servants and does not give any attention to what their lives are behind the walls of Jim’s home. But suddenly everything in Jim’s world changes – after the Pearl Harbor attack, Japan occupies the Shanghai International Settlement, and in the chaos that follows, Jim is left all alone in this world, doing everything to survive on his own.

While Jim is all alone, 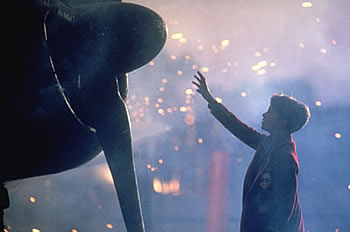 he is terrified of people that surround him and is left to be responsible for his actions and survival. He goes from one abandoned mansion to another, living there for a while and feeding of packaged food he finds on the go. But after some time Jim cannot find food anymore and is left to starve. Then the perfect idea come to his mind – he will try to surrender to the Japanese army, even though officially they are the ultimate enemies of his. After numerous attempts, Jim finally is accepted in the Lunghua Civilian Assembly Center. Shockingly, after some time Jim 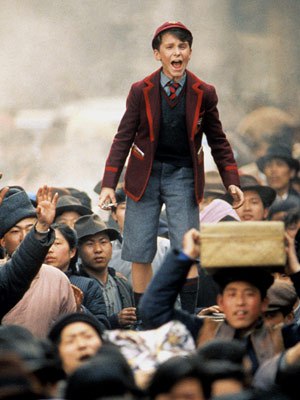 understands that he has more in common with Japanese soldiers than he could’ve thought. He adores the pilots and their splendid machines and he falls in love with everything they have because he is fascinated and also feels safe there.

At the end of the novel, the end of the war comes, with the Japanese army losing. The food supply runs short and Jim barely survives, with all the people around him starving to death. All the people from the camp have to march to Nantao to surrender. A lot of people die while walking, so Jim leaves them and runs away. He doesn’t see why he should march with them, knowing that he would die either from starvation or walking. But then the miracle happens – he is saved by American Bombers who throw food packages from air. Getting his strength back, Jim returns to Lunghua camp and finds there a person he know – Dr. Ransome, who is about to return to Jim’s pre-war residence with his parents.

In my opinion, this novel shows us a lot about the truth behind all wars and one boy’s experience of survival.