My Trip to Scandinavia by Girius 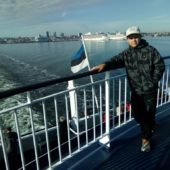 My family and I went on a cruise for 4 days. I visited 3 countries and their capitals. from Lithuania on Friday night at 19:30 by bus and the drive lasted 9 hours. We drove via Lithuania, Latvia and Estonia. In Tallin we were 5.30 in the morning, then at 8.00 we entered the ferry and traveled to Finland. After 2 and a half hours of sailing we stepped out in Helsinki and had a city tour. We visited Temppeliaukio “Rock” Church which was built from a huge rock in a middle of the city anda Sibelius Monument – sculpture for a composer Sibelius. Then we had a free time, during it we had a meal and had a walk around the market square.Then we went back to the cruise ship and traveled to Stockholm. And for the first time my family and I spent the night at four-seater cabins!!!

The cruise ship had a club, a restaurant and a shop. It also had 9 decks, but people lived on 2 to 7 decks. We lived odeck 5.

At 10:00 AM we stepped out from the cruise ship in the city of Stockholm. We walked in the old town which is situated in Gamla Stan island and looked at its architecture. Then after Gamla Stan Island we went to another island – Knights Island, because Stockholm consists of 14 islands conected by 50 bridges. we had a free time during which we took coffee and ate the ice cream, after which we returned to the cruise ship and sailed back to Helsinki.

In Helsinki we were at 9.00 AM, so we boarded the ferry to return to Tallinn.There we walked around the city of Tallinn and learned a lot of legends about Tallinn. We also ate lunch in the kebab bar. And then at 17.00 we started the same 9-hour trip back to Vilnius.

I enjoyed this journey, though it was very exhausting, while Stockholm, Tallinn and Helsinki are wonderful cities and I invite everyone to visit them. 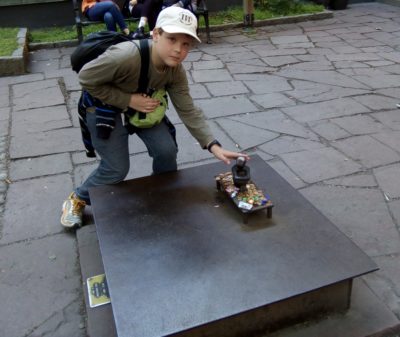 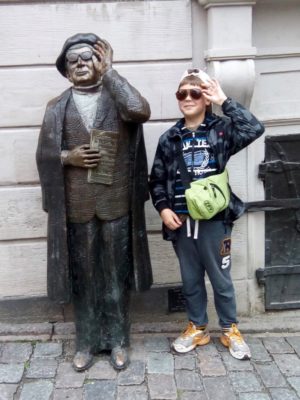 1. How many countries did I visit during my trip?

2. How long does the journey by bus last?

3. How many islands does Stockholm consist of?