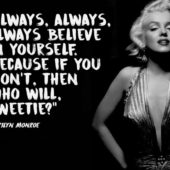 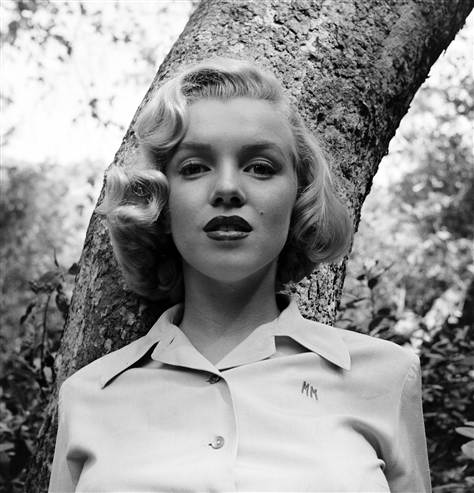 When she was 9 years old, Monroe was sent to Los Angeles to an orphanage. When she was 11, people tried to adopt the girl once , but after some time she was returned to the orphanage. Later she lived with her aunt Grace McKee. In 1942 Marilyn married James Dougherty, so she wouldn‘t have to to return to the orphanage. The marriage lasted until 1946 when Marilyn met a photographer and started a successful modeling career. After a minor role in series, she signed a new contract with Fox in 1951. Over the next two years, she became a popular actress.

Marilyn was a confident and clever, funny and polite, but since she was always late for filming, there were many conflicts with the directors. Sometimes one scene was refilmed up to 20 times! In real life Monroe hasn‘t been a fan of jewelry, but she loved clothes and wasn’t greedy. She liked to read books, she wasn‘t weak hearted on the contrary she was always a very hard working person. I think she was patient, talkative, generous and also nice! What do you know about this icon? Share your opinion 😎 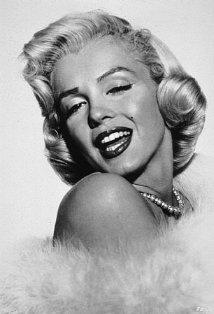 Became the fastest rising star of 1952.

Crystal star award for the same position in 1959.

Marilyn was nominated for Golden Globe in 1956 as best motion picture actress.

In 1956, she was nominated as the best foreign actress for The Seven Year.

It is believed that Marilyn Monroe died of an overdose of drugs or medicine. They say that it could have been a suicide, but this version puts a lot of question marks – the woman renewed relationship with her ex-husband Joe DiMaggio, also intended filming new films. An extremely large dose of medication was found in her body, though. 🙄