My first trip to Curonian Spit 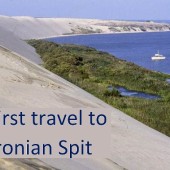 Saturday
We were driving to Klaipeda city for 350 kilometers from Vilnius. In Klaipeda’s fish market we bought some fish. 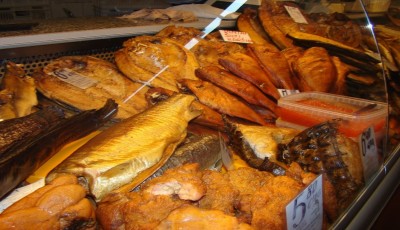 After that we took a ferryboat and went to the Curonian Spit. When we were transfered to another shore we decided to visit the“Hill of witches” in Juodkrante’s village. The “Hill of Witches” is made of parabolic dunes. Parabolic dunes are the old Curonian Spit landscape’s element. 5 thousand years ago when Curonian Spit was just emerging, first low sandy dunes started to appear on the western part of the land. Under 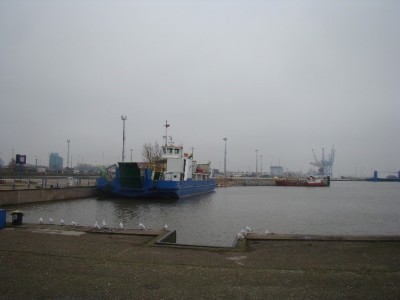 the influence of western winds small washouts were formed, and the piles of sand were moved into the land, gradually turning into horseshoe-shaped formations called parabolic dunes. In time they got covered by grass and wood. Their height was up to 30-50 m, but in 16 – 18 centuries mass lumbering opened sand to the wind, resulting in the destruction of the parabolic dunes in many places.

The “Hill of Witches” is made of parabolic dunes

In the places protected from stinging sea winds, where the sand surface is completely covered by the carpet of moss, lichens and small grass, stable communities of sand are formed. After that we were driving to our village – Nida. We rent a house near the Curonian lagoon.

Sunday
In the morning we started hiking for 20 kilometers. We visited afforested dunes: The Vecekrugas dune. The large mounds have been formed along the whole Curonian peninsula. Geographers called it the great dune ridge. The average height of the great dune ridge is 25-30 m, and the width is 400 to 1,200 m. The dune of the Old Inn – Vecekrugas (Wetzekrugo) near Preila village is the highest point of the dune ridge in the whole spit, reaching 67.2 m. height. It’s name comes from the curonian word vece – old and kruogs – inn. The dune is owergrown by mountain pines. The pine has been started to be planted all over the spit in the middle of 19th century. It’s seedings were transported from Denmark. Due to the well – developed pine root system, that is located in the upper soil layers, agile dunes’ sand was well reinforced. We decided to go back home along the seashore where we could collect Lithuania’s gold – amber! 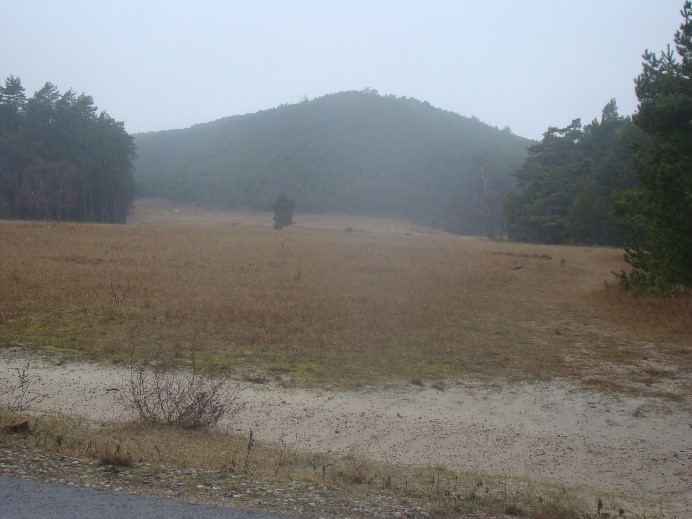 Monday
We were going to: The Parnidis dune. The Parnidis dune is the only place in the Curonian Spit’s National Park where drifting dunes still remain. To the south, Parnidis dune opens the scenery of shifting dunes Grobstas Nature Reserve, and if the visibility is good one can see the sands of the Russian Federation. Scientists estimate that due to the prevailing western winds traveling dunes move from 0.5 to 10 m eastwards every year. Also that day we were watching for geocatches. Geo-catching is a smart phone application when you have to find a box which is hidden by another person. There is a peace of paper in that box where you have to record your name and date. We found four of such boxes. And it was fun! 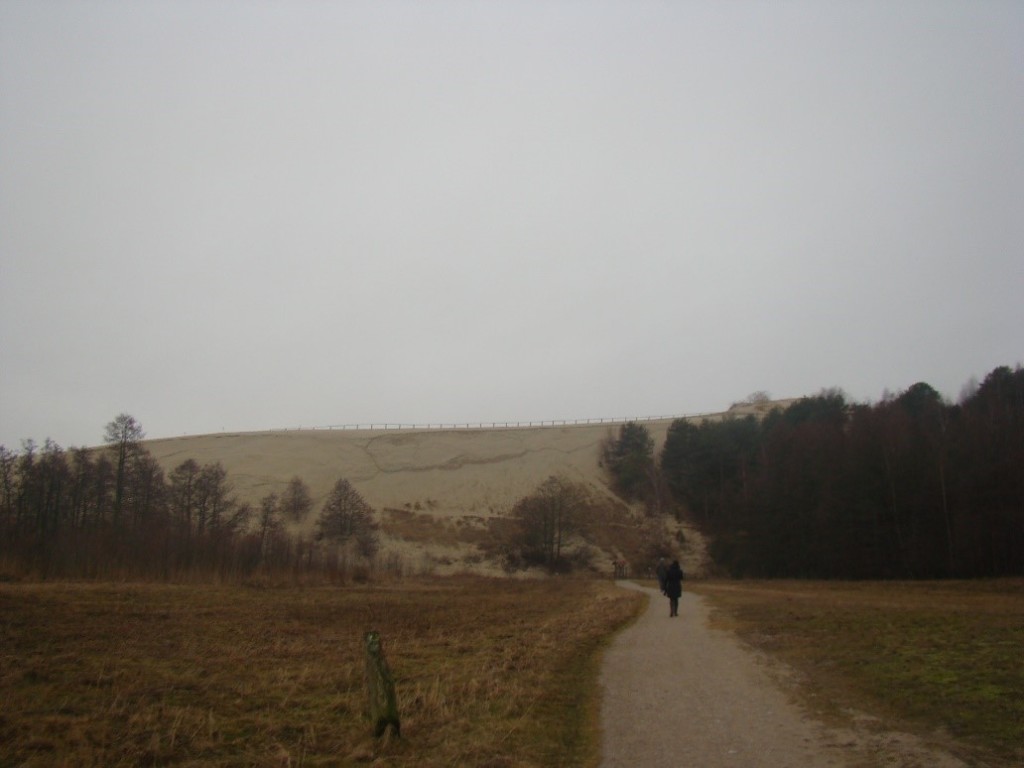 Tuesday
This was a day to go home. From Smiltyne village we got into the ferryboat and traveled back home… On the way home we drove to Palanga and visited Palanga’s Bridge. We also had lunch. Then we stopped at Kretinga winter garden which was established by nobleman Tiškevičius. And then…a long drive to Vilnius. 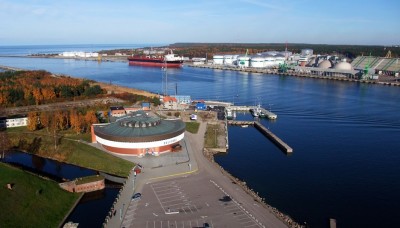